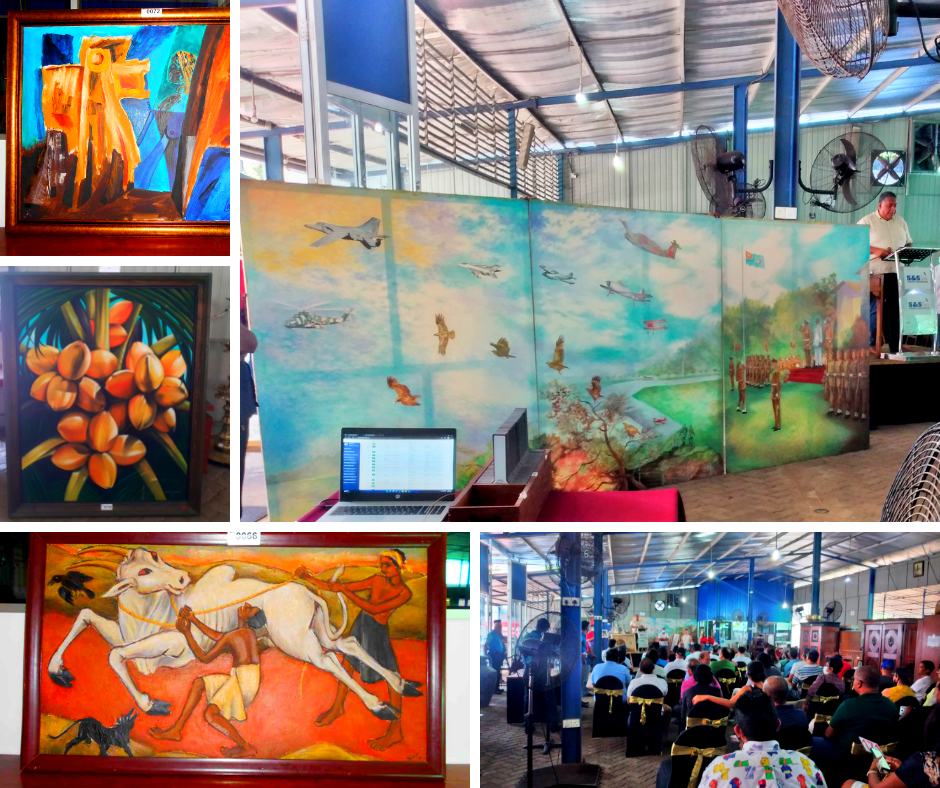 Just like last time, I stand among some of the great masterpieces of some of Sri Lanka’s greatest artists such as;

“In Repose” by George Keyt

“Portrait of a woman” by Tudor Rajepakse

“The scarecrow” by Laki Senanayake

And the extremely rare and valuable, as well as beautiful “Untitled” (Painting of a woman posing while seated) by Aubrey Collette etcetera.

Paintings like these truly depict both ancient and modern, Asiatic and in particular Sri Lankan lifestyles. While others such as;

The spectacular  “Resting parrot” and “The beauty of nature by Ranil Shanaka etcetera.

It’s not only these spectacular masterpieces which are deeply impressive but also,several 20th century valuable books, ancient maps of Ceylon, as well as original illusionist and nature photos by the legendary Lionel Wendt. But in my opinion the crown jewel as one would put it, of the items present here today is “Sri Lanka Air force history” by Stanley Kirinde which depicts the evolution of Sri Lankan aircrafts in the air force & even compares them to the

elegance of a bird taking flight all while depicting a symbol of our independence, Hon. D.S Senanayake the first prime minister of Sri Lanka watching the aircrafts proudly with respect and honour.

It’s masterpieces like these that truly give us an idea

of the creativity and admiration that all artists have for even the most simple things in life. Do you think so? I do. If you want to share and show your love for art by purchasing these wonderful & spectacular masterpieces (artworks) our showroom is the place to be.